When All Else Fails, Drink Coffee and Get Moving

In honor of National Coffee Day today, I’m sharing this useful post on all the benefits of caffeine for exercise and fitness performance… Also, for a free cup of joe today, read this great article: National Coffee Day: Where to Get Free Coffee.

It’s been tough to stick to a regular exercise routine lately but coffee helps. My workload has been pretty heavy and I’m also in the final stages of publishing a new book so I’ve been glued to my office chair more than usual. It’s also pretty hot here in Las Cruces right now with temperatures hitting 100 degrees nearly every day, so hitting the trails for an afternoon ride or hike is not going to happen.

The thing is, I’ve agreed to ride the Maah Daah Hey Trail, 144-mile single-track mountain bike trail later this summer. It’s not for couch potatoes. I’m the oldest and the shortest member of our group. I’m  5’2″and will need to be in pretty good shape to keep of with my fellow riders, two of whom are tall guys, 6’6″ and 6’4″ respectively. The other two riders on our team are young, strong and athletic women. I’m a little worried. 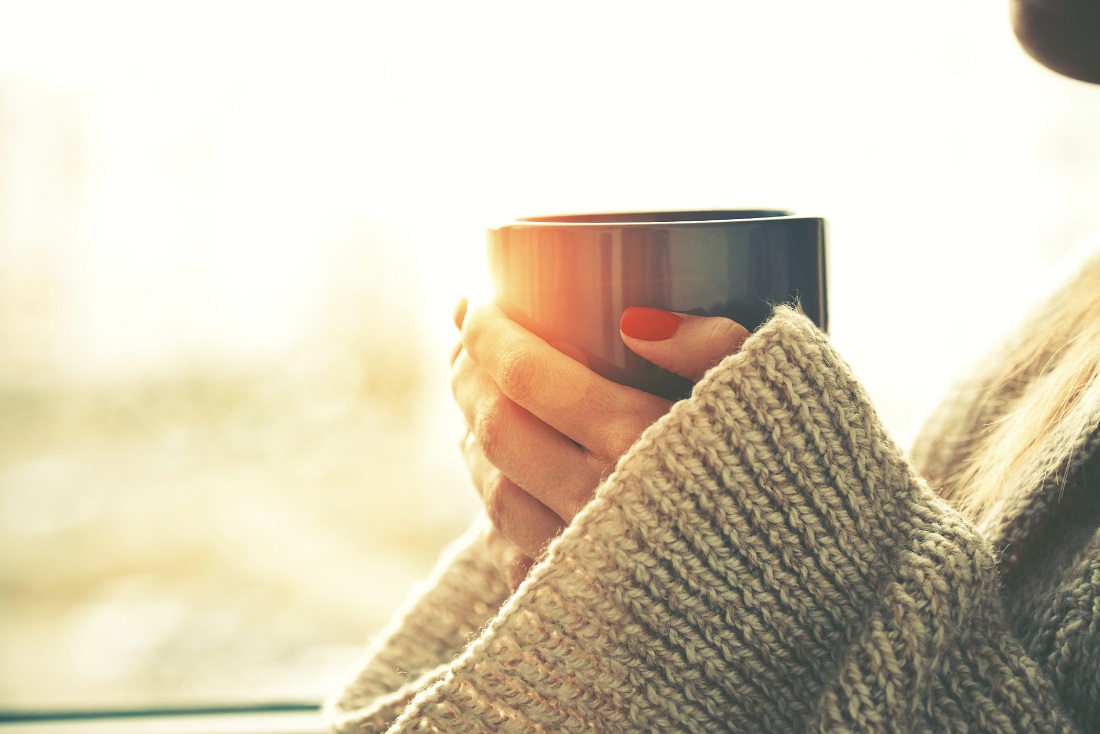 The real wake-up call came when I saw a detailed map of the trail, which is pretty much a zigzag of hills. One look at the elevation changes on the trail map and I knew it was time to amp up the fitness plan. I’ve never ridden a trail like this in my life and I’m pretty sure it’s going to kick my butt.

Time to bring on the coffee.

Seriously, I can be bribed to stick to almost any workout plan if it’s built around a good cup of coffee, or two or six. It’s worked for marathon training, early morning ice hockey practices, late-in-the-day weight lifting sessions, you name it.

I can already hear someone saying, “all that coffee isn’t good for you!” Is that really true? If I didn’t drink it, I’d probably be sleeping instead of exercising – no, I’m sure I’d be sleeping. For every report that says its bad for you, another comes out that says the opposite. For example, an article in Women’s Health had this to say:

Health Benefits in Every Cup
Studies show that coffee can help ward off mental decline, certain cancers, Parkinson’s disease, high blood pressure, and even extra pounds (yes, really!). A study published in the Archives of Internal Medicine found that each time you refill your cup of java (caffeinated or decaf) in a day, you slash your diabetes risk by 7 percent; in another study, drinking two to three cups of coffee each day was associated with a 21 percent lower risk of heart disease.¹

A more recent article in the Medical News Today echoes these same health benefits and more. According to this article, Italian researchers found that coffee consumption lowers the risk of liver cancer by about 40%. In addition, some of the results suggest that if you drink three cups a day, the risks are reduced by more than 50%.² That’s just one of many additional benefits described in this article, which is referenced below.

Coffee or caffeine also boosts athletic performance. An Active.com article noted, “There are more than 74 good studies on the use of caffeine for both endurance exercise and short-term, higher intensity exercise. The vast majority of the studies conclude that caffeine does indeed enhance performance and makes the effort seem easier (by about six percent).”³

It’d be nice to say all of this research forms the basis for my coffee-pumping fitness training plan. Naah, it’s just my pure love of the beverage. When I think of treating myself, anywhere or anytime, a good cup of coffee tops the list. Besides, I’m a Finlander – it’s in my genetics. Finns drink more coffee than anyone else in the world, consuming 12 kilograms of coffee per capita yearly, more than twice the average of European drinkers. I learned to drink coffee as an eight-year-old sitting at my Finnish grandma’s kitchen table and feeling like I was one of the big folks.

I’d give up just about anything but the delicious lifestyle of a rabid coffee drinker. Part of it’s due to the alluring experience of imbibing, part of it’s survival. I once had to give it up cold turkey for six weeks. I thought I’d suffer for a few days and get over it, but that was oh so far from the truth. The caffeine craving soon left, but as the weeks plodded by, I fell into a deep mourning over the loss of the ritual of the brew. I was morose, unsocial. No one could stand me. Just ask my husband.

That’s why it’s so good to see all this great research supporting the benefits of coffee. In fact, it’s such great news that I think I’ll grab a fresh cup right now to enjoy while I’m lifting weights.