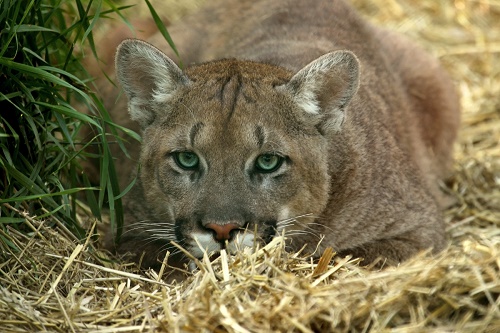 Up Here, Hiking with Mountain Lions is a Fact of Life

It isn’t easy to get the lowdown on living in a mountain town of 300 people. There’s no website to educate yourself about hiking with the risk of mountain lions. There is no newspaper, community center, grocery store or library.

The only gathering place I’ve found is the local gas station which has a small pizzeria in the back. I make it a point to stop in for a cup of coffee now and then just to see what’s going on. Me and Jim, the owner, aren’t exactly friends but he’s been kind enough to help me get acclimated with life in this wilderness. A retired Navy veteran, he keeps the place immaculately clean, with a neatness he must have learned in the military.

I was just taking my backpack off the other day and getting ready to sit down with my coffee when he looked over at me and said, “I saw you hiking up behind the fire station last week on that dirt road leading down to La Borcita Canyon. You know, you shouldn’t be alone or you should at least have protection.”

The road he’s talking about has a county road number but I call it Dead Elk Road because I’ve seen at least a half-dozen of them dead and in various states of decay since I found the road last spring. I’ve also seen mountain lion tracks many times when I’m hiking so I know they’re there, but from what I’ve seen of the dead elk, it’s not the mountain lions who are causing their demise. Besides, mountain lions rarely attack humans.

“I always have my hiking sticks with me,” I replied. “I’m not really too afraid of anything, but if I bump into a rattlesnake on the trail I could use them to knock it back.” I was a veteran of several rattlesnake sightings now and rather pleased that I didn’t freak out. I was feeling a little more like a local.

“Not for rattlesnakes,” he said, “for mountain lions. Just last month, they had to take three of them out on the other side of the road. They were getting people’s pets. You’re little. You should be carrying a weapon.”

I’m never certain if my neighbors are genuinely giving me advice or having sport with me, sort of making fun of the city girl and my ignorance about living in these parts. But by now I feel I know him well enough to ask, “C’mon, really? Are you telling me the truth or just pulling my leg?”

“Hell yes, I’m serious,” he said, “My wife doesn’t leave the house without a weapon. Keeps one in her purse. Most of the time she’s got our two big dogs with her too. I know they’ll keep any coyotes back, but mountain lions are a whole other thing.” 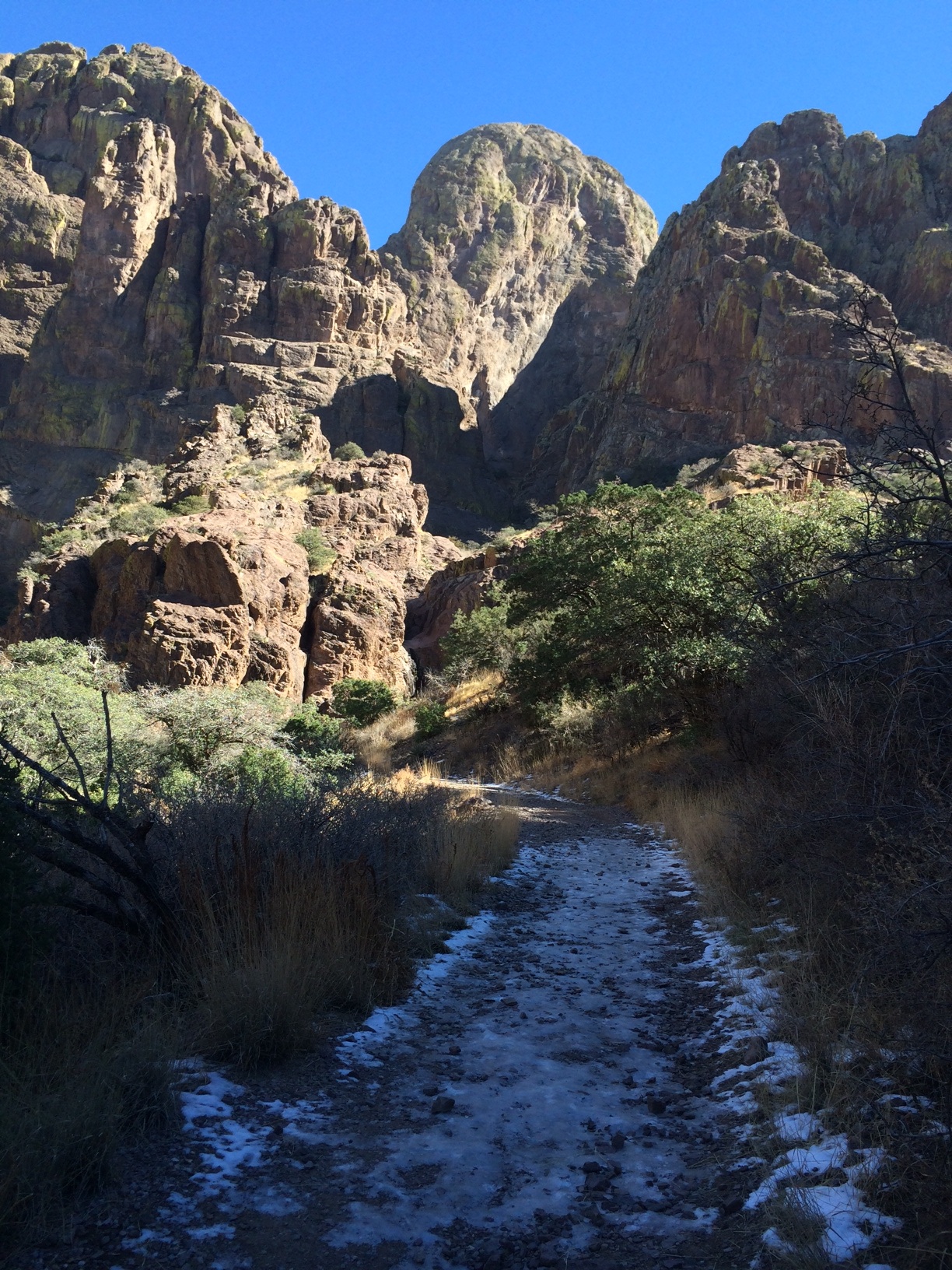 He went on to add that another woman was taking a walk nearby at dusk and looked up to find a mountain lion tracking her in the trees along the road. No one is sure if it was stalking her or protecting something it was eating. She made it home fine after calling her husband to come and pick her up.

Scary stories, but nonetheless, I admit I’m still a bit squeamish on this whole carrying a sidearm thing. “You mean like a .357?” I ask? “I’ve heard it’s good to have one on me, loaded with alternate rounds of cartridges and snake rounds.”

Another guy comes into the gas station and starts listening in on our conversation. I think he’s also a retired Navy veteran and a friend of Jim’s. He’s in his 70s, fit and neat, with anchor tattoos on his forearms and smooth silver hair combed back like Johnny Cash.

He nods at Jim in greeting and then turns to me. “I’ve seen you walking all over the place,” he says, “You’re carrying, right?”

He looks at me politely, yet intently. “Young lady, you’re not being smart. You should be carrying a sidearm whenever you’re out there, I mean it, and a .357 at the least. And don’t load it with snake rounds. You fire that at a mountain lion and you’ll just piss ’em off.”

He turns and nods at the owner, who is now also giving me a solemn look. I still think they’re having fun with me. I look back at him.

I look at the owner. “I’ve got a 9 mm right here,” he says, pulling it out from the shelf below the cash register. He’s got an ankle holster too.

They both look at me now, serious as can be. I pause. Jim and his ex-Navy friend spend the next few minutes talking about which sidearm would be the best for me to carry. They’re not showboating; they’re all about safety. Several smaller guns are discussed and discarded as options. “I’d carry the biggest gun you can,” Jim’s friend says. “And don’t mess with hollow points. They won’t stop a mountain lion.”

We chat a bit more and then the ex-Navy guy turns back to me, says, “I’m Richard. Welcome to High Rolls. It’s been a pleasure to meet you. You be safe now, and if you need help, you just let us know. Just quit hiking in the woods without protection.” He left to join his wife in the pizzeria part of the station.

I think they were being sincere. Kindness comes to us in all shapes and forms, and these men were going out on a limb to be helpful to a stranger. I know, mountain lions are beautiful but dangerous creatures.

But I might still be too scared to carry.